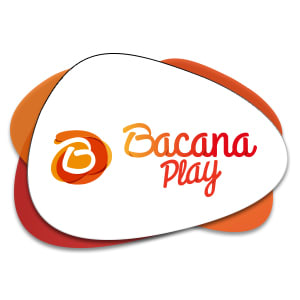 Bacana Play is not available in your country. Please try:
Deposit methods

Bacana Play casino was launched in 2019. Owned by Skill On Net Limited, it is a sister casino to several front running casinos such as PlayOjo and EU Casino. This casino is developed with the interests of players at heart. The variety of games, generous bonuses, and the theme are undoubtedly impressive.

Bacana Play offers an impressive variety of games. The gaming section has over 2,000 casino titles, which indicates that Bacana takes gaming seriously. These games are classified into different categories, including Slots, Table Games, Live Games, and Jackpot games. Slots, which are more than 1,400, are the cornerstone of this casino. Thanks to technological advances in the gaming space, Bacana Play has a mobile-friendly app available to both Android and iOS users. Their website also employs the HTML5 technology that makes games playable on a browser. Moreover, live casino games that allow players to replicate the authentic feel of land-based gaming.

Players are allowed to withdraw their winnings from their accounts as long as they have more than $20. Bacana play has a variety of withdrawal methods. Among the withdrawal options offered by Bacana Play include credit/debit cards, Trustly, Neteller, Skrill, and ecoPayz. Players are advised to check the withdrawal limits on the T&Cs page.

New players at Bacana Play are gifted with a generous welcome bonus as soon as they sign-up at the casino. After making their first deposit, players are offered a generous match bonus and a couple of free spins. They also provide random promotions and daily deals at the ‘Promotion’ section.

The availability of a casino in different languages enhances its appeal to international players. Bacana Play understands this fact well and has its website optimized for several international languages, including English, German, Norwegian, Finnish, and Danish. This means that players can access their favorite games as long as they understand these five languages. As far as the payment processing is concerned, Bacana play has not skimped the variety of foreign currencies they accept. This means that players can load funds into their accounts and play using internationally accepted currencies such as the British Pound, Danish Krone, Canadian Dollar, Euro, Norwegian Krone, Russian Ruble, and Indian Rupee, among others.

Bacana’s range of games is pretty impressive by general standards. Bacana Play is packed with great titles from leading casino software developers with a neat and rich gaming catalog. Thus, players can choose between gaming titles from Microgaming, NextGen, Big Time Gaming, Yggdrasil, and Play’n Go, among other top developers.

Bacana Play offers two customer support options – live chat and phone. Players using these support options can present their concerns to the support team from 00:00 to 06:00 HRS. Any queries outside the working hours can be submitted via email, which are then addressed at the start of business the following day.